The Age of Truth

February 4, 2021
Dear family,
We live in the era of uncertainty and change, now seemingly more than ever before. We’ve seen tragedies, lived through oppressive regimes, have suffered through a pandemic gone viral, struggled to have our voices heard as sides were defined and determined. And still, we have chosen again and again, Unity over division, love and forgiveness over hatred, faith over fear. Let’s continue to unite and support each other on all levels, moving forward most assuredly into Light.

These transmissions are short, but I found them singular, clear and strong. So, I’m sending them quickly, without waiting for more.

We hold daily prayer circles at 12 noon for those around the world, here at our ecovillage. Feel free to write us the names of those who need love, support, comfort and healing at this time. We will add them to our fires. Of course, we always add ‘Idam Na Mama.’ (Thy Will be done, not mine)

January 2021 Orion on Changes in America
Justice will be done in America, but not without a price. High cost to justice will be measured, not in dollars, yens, euros or koronas—but in the impact shining revelations will have on humanity.

America, U.S., is not an island unto its own. Whatever happens in U.S. has a ripple effect all around the world. Thus, when U.S. undergoes a shift in power, an exchange of players—the entire world is affected.

Just like what has become the global pandemic, events surrounding the shift in power players in the States shifts power players on a global base.
Indeed, the great hope many disenfranchised people cling to with the change of the guard may eventuate, but not in the widely accepted way.

February 1, 2021 On the Age of Truth
Yes, yes. As theories rise and fall, crediting and discrediting their efficacy seems to be of utmost preoccupation by those with fine minds but lesser intuition. This continues to keep human beings’ attention fixed ‘elsewhere’ rather than ‘here.’

Partially curiosity and partly a yearning for truth has propelled otherwise dynamic individuals into what appears to be becoming an international obsession.

The focus on ‘who did what and why’ trumps—if you will excuse the unfortunate expression in light of today’s headlines—the solutions that lie at hand. We would prefer to focus on solutions at this point, rather than encourage battlefield politics which normally net nothing in the end.

However, we must say, we admire the ‘chutzpah’ of those whose aim is to free themselves and others from the masked tyranny that appears to be all oppressive. Take that same inquiring intent and aim it within, for therein lies the absolute truth and the clarity needed to rise above all that ails both you and the culture at large.

Pay attention. These are simultaneously grave and enthralling times. These are times when every fear button is being pressed, with the intention of controlling the masses, no doubt. However, there is something amiss in this approach, for the spiritual evolutionary track is already well-worn by those seekers and searchers treading paths of the Ancients, guided by and girded by their predecessors. We say ‘girded’ when referring to places on the paths where danger can arise. We see that many on spiritual paths, who walk with pure intent upon the hallowed ground of their forefathers and mothers, will not only survive but thrive, due to the care afforded them by Grace.

We do, therefore, encourage fervent prayer at this time and forgiveness at every single turn in the road. Without such effort to maintain one’s equilibrium with consciousness, human beings’ frequency will not rise. And it is via a rise in humans’ frequency or vibration that a critical mass WILL be reached. Hail the new!

Therein lies every stone, every seed, every pure source of energy and Light you will need pressing forward. Do not get lost in the shuffle of sensational headlines and the abyss of fear they produce. Do not also become disillusioned, so to give up hope, thus sliding into the mass frenzy produced by the media! Indeed, you are all greater than that.

You are all carriers of Light, dear ones. Focus on that! And take care of your step as you move forward carrying the torch of Truth, tempered with the absolute healing manifestation of love.

We see the Light succeeding. We must assure you, if your feet are firmly planted in the soil of the heart, defying the challenges the curious intellect is faced with, you will succeed, and Truth will quite naturally arise. This is, after all, the Age of TRUTH, as we have asserted all along. And yes, the Truth shall set you free. Be aware of it. And it shall be so.

Blessings abound.
We are,
ORION, at your service. 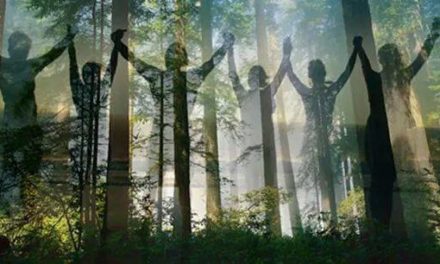 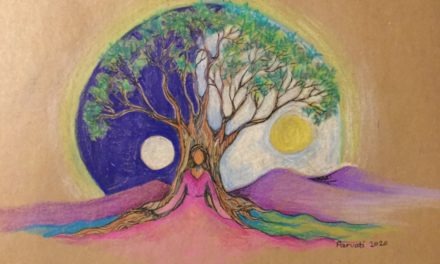 Finding & Living the Truth Within You